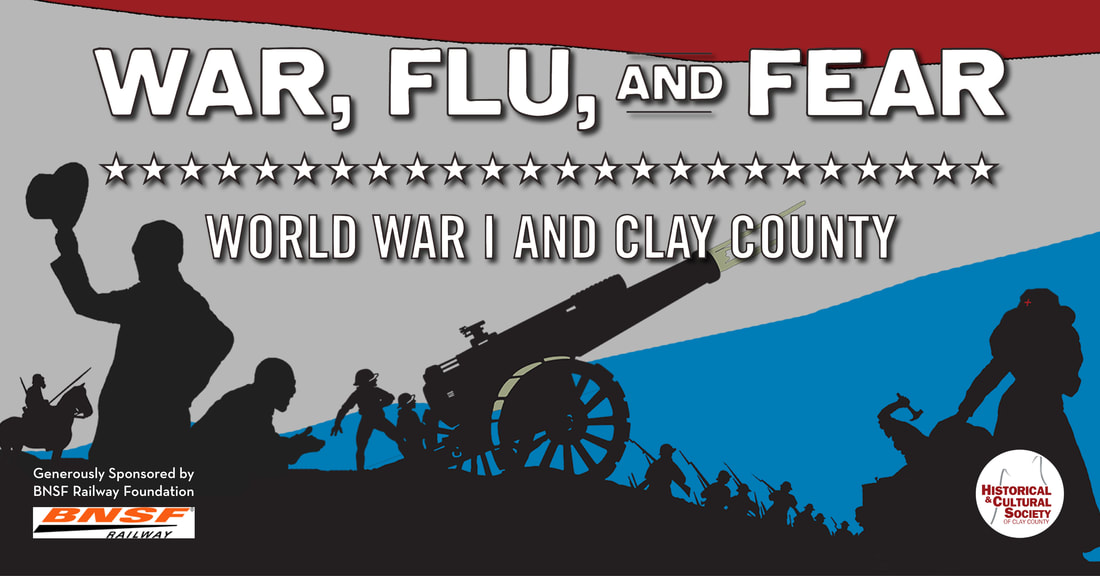 In April, 1917, Americans were thrust into the middle of a brutal global war, only months after re-electing a president who campaigned on isolationism. Few in the county supported the war, but they served when they were called. The following year, 1918, brought perhaps the bloodiest months in our history. Then armistice, peace, and a global flu pandemic striking on an unseen scale. Residents in the Red River Valley responded with courage and patriotic sacrifice, fear and paranoia, activism and political repression.

Focusing on the Irish-Catholic Mastersons of Barnesville and the Norwegian-NPLer Thortvedt family of Glyndon, but drawing on stories throughout the county, War, Flu, and Fear frames WWI from a local perspective and explores life in Clay County and the Red River Valley only 100 years ago, on the local front at the dawn of the American century.