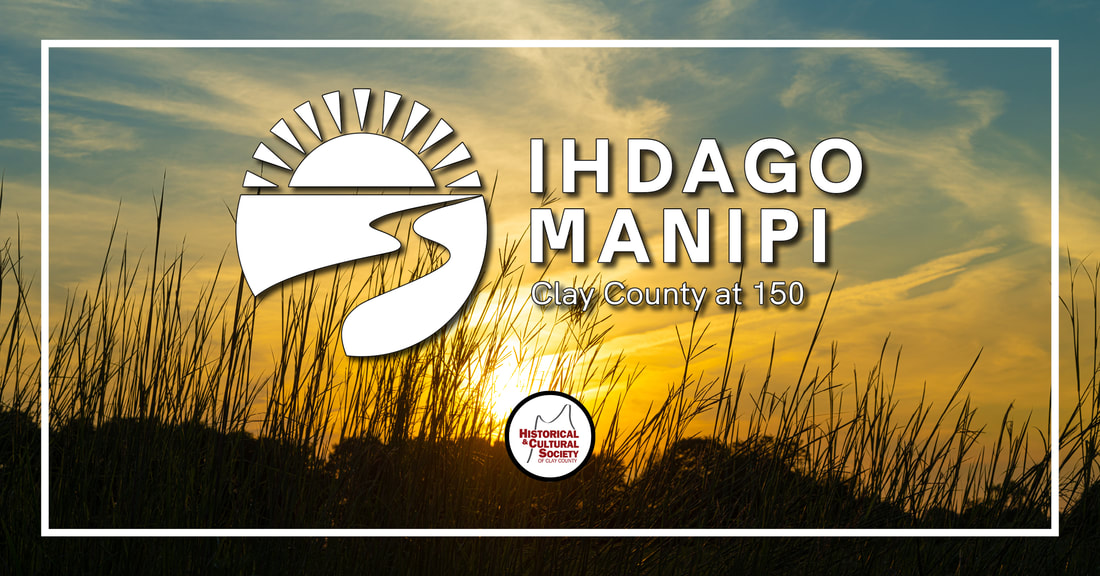 Before Clay County took form on the western edge of Minnesota 150 years ago, its tallgrass prairies and forested rivers supported a unique ecosystem that included communities of Dakota, Ojibwe, and Métis people. These communities used extensive trail and waterway systems to build an economy that spanned the continent and soon crossed the Atlantic. Like other Native Americans, indigenous communities in the Red River Valley thrived, but few of them could have imagined the changes to come, even as fur traders and settlers entered the landscape in the 19th century. By the 1880s, wars and treaties with federal and state governments forced the remaining Dakota, Ojibwe, and Métis from the land.

Ihdago Manipi explores the dramatic transformation that occurred in the early years of Clay County, Minnesota, including the dispossession of Native Americans, the arrival of immigrant families, an ecological revolution, and the construction of modern American life.

Ihdago Manipi is financed in part with funds provided by the State of Minnesota from the Arts and Culture Heritage Fund through the Minnesota Historical Society.

Clay County is part of the traditional homelands of the Dakota, Anishinaabeg (Ojibwe/Chippewa), and Otipemsuak (Metis) people. Many other tribes such as the Apsáalooke (Crow), Notameohmésêhese (Cheyenne), Nêhiyawak (Plains Cree), Nųmą́khų́·ki (Mandan), Hiraacá (Hidatsa), and Sahnish (Arikara) called this region home throughout history.

Located at the intersection of several trails and waterways, this land naturally became a site of travel, trade, and rest for many tribes. Today, Clay County is still a place that calls people from diverse backgrounds to live. Native Americans continue to live in the Red River Valley and Clay County is home to people of many different Native American nations, who still practice their heritage and traditions, including care for the land and waterways.

Please take a moment to consider the many legacies of violence, displacement, migration, and settlement that bring you here today.


A Word About Words

Ihdago Manipi contains stories of resilience, determination, adaptation, and agency. It also contains descriptions of hardships, indignities and terms that reflect historically racist perspectives and language from past eras of our history. In this exhibit, we strive to speak the truth about the violence and the suffering in the lives of Native peoples in North America.

When possible, we refer to Native American communities by the names that they call themselves. When speaking in general terms, we use the words Indigenous, Native, and Native American.