Downtown Moorhead: 150 Years of Change
January 19, 2023 through June 19, 2023
​
With the announcement of the Moorhead Downtown Redevelopment project and city voters’ approval of a sales tax to fund a new library and community center, downtown Moorhead appears to be on the brink of a major transformation. The community is no stranger to dramatic change. Over the last 150 years, downtown has gone through a number of incarnations. In early 2023, HCSCC will mount a series of exhibits that will explore these iterations, collectively titled Downtown Moorhead: 150 years of Change.

Beginnings: Moorhead in the 1870s will look at the city’s earliest days when the town was little more than a collection of wood and tent shacks plopped down on the prairie. This display will feature some of our earliest images of Moorhead, including some on exhibit for the first time.

In summer 1923, Moorhead photographer O. E. Flaten took a series of views of downtown for a new series of postcards. Moorhead 1923 will show case his work documenting the town one-hundred years ago.
Fifty years ago this March, Urban Renewal leveled the last of Moorhead’s old commercial core. Urban Renewal was a long and often painful process, marked by frustrating delays and bureaucratic infighting. Today many believe it was a mistake, that historic buildings were destroyed heedlessly. Nevertheless, Urban Renewal was one of the biggest things to happen to Moorhead since the railroads arrived. Moorhead Before Urban Renewal will examine the project, its legacy and what Center Avenue looked like before the wrecking balls swung.
​
Our current third floor gallery display, Ralph’s Corner Bar: The Exhibit examines a more recent downtown redevelopment project that culminated in the 2005 demolition of the beloved and lamented tavern.
Downtown Moorhead: 150 Years of Change will open in early January and will run through June 19. 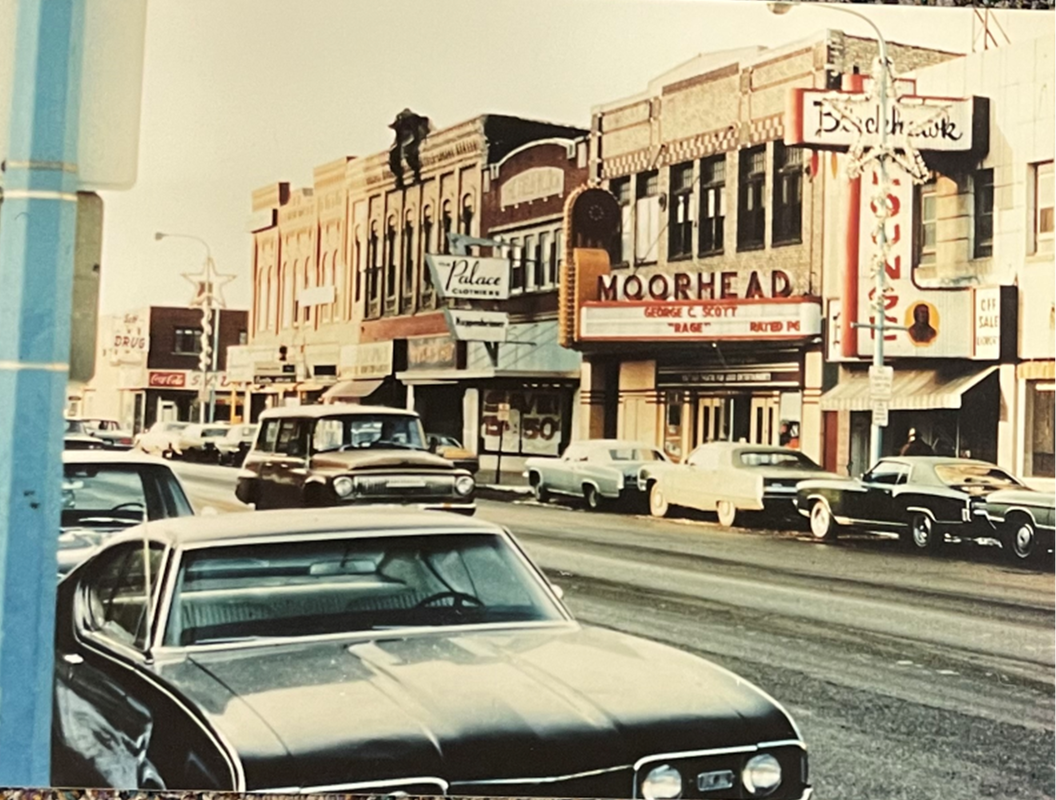